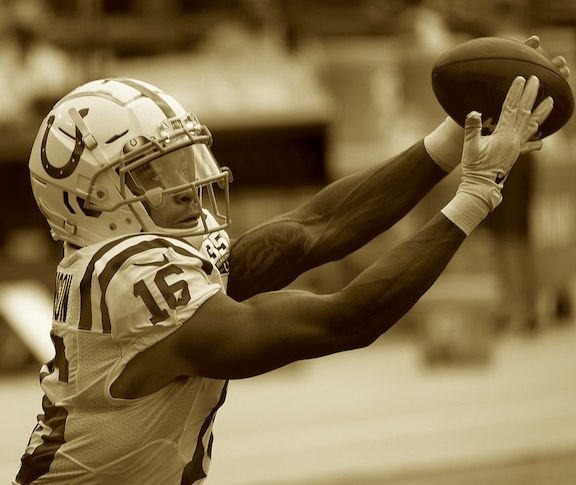 Justin Jefferson: Jefferson had a huge game after his lackluster performance last week. He scored 35.6 points in a close loss to the Lions. He caught 11 of his 14 targets for 182 yards and a touchdown. Next week he will go up against the Steelers where he will be set up for another big game making him a WR1.

Diontae Johnson: Johnson had a great performance this week scoring 30.5 points against the Ravens. He caught eight of his 11 targets for 105 yards and two touchdowns. This is his fourth week in a row with over 10 targets and his ninth on the season. Next week he will face off against the Vikings where he is a must-start WR1.

Chris Godwin: Godwin had his biggest game of the season this week scoring 30.2 points in a win against the Falcons. He caught 15 of his 17 targets for 143 yards. He also had another carry for nine yards. Next week he will go up against the Bills but you should not expect the same numbers. He should be valued as a WR2.

Tee Higgins: For the second week in a row Higgins had a huge performance scoring 28.8 points. He caught nine of his 14 targets for 138 yards and a touchdown. This was Higgins’s second 100 yard game in a row. Next week he will play against the 49ers and should be considered a WR2 because of his increased targets throughout the last few weeks.

Cooper Kupp: Kupp had his normal showing this week scoring 26.9 points in a blowout win against the Jaguars. HE caught eight of his 10 targets for 129 yards and a touchdown. This is Kupp’s eleventh game with double-digit targets and his seventh 100-yard game. He is a must-start in the divisional game against the Cardinals next week.

Amon-Ra St. Brown: St. Brown had his first big game of the season scoring 24.8 points. He caught 10 of his 12 targets for 86 yards and a touchdown. This is his first game with double-digit targets and receptions. This was an unusual performance from St. Brown and he should not be starting next week against the Broncos.