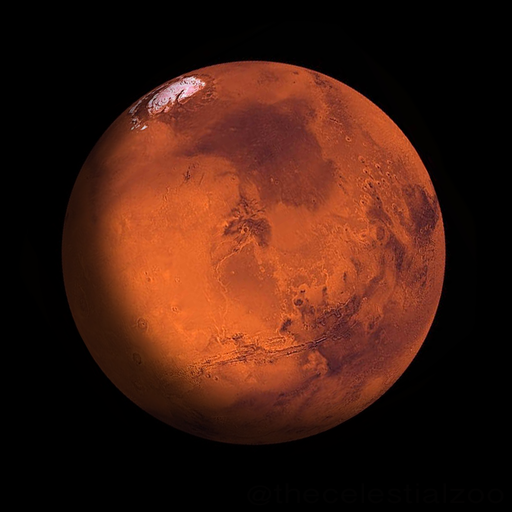 Three Countries Meet Up at the Red Planet

A new space race has begun between the United States, China, and the United Arab Emirates (UAE), each of which have unmanned space missions arriving at  Mars, within 11 days of each other. The first of the three missions, the UAE’s Hope orbiter, entered Mars’ atmosphere on February 9th. Less than a day later, China’s Tianwen-1 rover also began orbiting Mars and is set to land on the surface sometime in May.  NASA’s Perseverance rover is set to land on February, 18. Having three different space missions this close to each other is unprecedented. 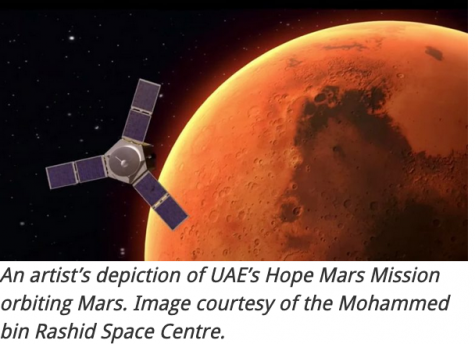 The UAE’s Al Amal orbiter, which means hope in Arabic, is the country’s first mission into space.According to aljazeera.com, The orbiter will spend 687 days (one Martian year), collecting data on Mars’ atmosphere. Their exploration hopes to shed light on how Mars transformed from a wet to a dry planet by studying the weather patterns and seasons . By discovering more about Mars’ past, scientists hope to find out whether Mars is hospitable for humans. The mission was launched in July, 2020 from Japan. The Hope orbiter also marks the first interplanetary mission of an Arab nation and is a huge success for the UAE.

BBC News reports that the Tianwen-1 is also a big moment in China’s history; it will be the first Chinese spacecraft to successfully reach Mars. It consists of an orbiter, which will stay within Mars’ atmosphere, and a rover, which will explore Mars on its surface.  The spacecraft will orbit Mars for a few months until it releases a rover on Mars’ surface sometime in May. The rover is equipped with cameras and instruments to study the local rocks and look for signs of water and ice. In addition, the rover will have a ground penetrating radar that should allow scientists to observe the rock layers of Mars .

Finally, NASA released its own spacecraft containing the Perseverance rover on July 30th, 2020. The rover’s main goals are to collect rock and soil samples to later be delivered back to Earth. These samples will help in the search for possible signs of extraterrestrial life, and test different technology in the Martian environment. In order to collect soil samples, the rover will drill and collect core samples. The samples will then be stored and prepared for collection by future missions. The rover also carries a helicopter called the Ingenuity. If Ingenuity and other technologies operate successfully on Mars, it could be a step further into human exploration and possibly habitation of the red planet. The purpose of the mission is to search for signs of microbial life that lived on Mars in the past and to learn more about the Martian environment and how the conditions could affect future astronauts. See details of Perserverance here.

All of these missions are focusing on separate parts of the Martian environment. They are providing major advancements in the space frontier. Although the primary goal of a mission is exploration, space missions also demonstrate the power and capabilities of a country.  As new and old contenders return to space, a new space race is on the horizon.

On July 30th, 2020, NASA’s Mars rover, Perseverance, began its journey to the Jezero Crater. Jezero, a 28 mile-wide crater that used to be a lake, is believed to be an ideal place to look  for evidence of past life on the Red Planet. If the mission is successful in its search for life, Perseverance will change scientists’ understanding of extraterrestrial life.

When Perseverance reaches the crater, it will collect Martian soil and rock samples that will eventually be returned to earth. Once returned, scientists will start examining the samples to see if there was once life on Mars. In 2018, NASA reported that the Curiosity rover, designed to explore the Gale crater on Mars, discovered organic molecules in sedimentary rock samples. The detection of organic modules in rocks like these indicates that life existed on the planet at one point. In 2012, scientists reported that measuring the ratio of methane and hydrogen levels may help determine if there was ever life on Mars, which is what they plan to study with the samples collected by Perseverance.

Though the mission is exciting, our exploration for life may have consequences. Scientists are worried about infecting Mars with life from Earth. Since humans built the Perseverance Rover, there is a possibility of microbial life being transported to the planet on the rover. This concern may bring financial burdens that easily cost 500 million to protect the planet. This makes searching for life on Mars far more difficult in the future. This concern brings up the question of if life transfers between the two planets. With the freezing, airless, radiation-filled journey through space, the idea remains highly improbable that the rover could transport life.

So, is there life on Mars? There is only one way to find out, and the Perseverance Rover will hopefully answer that question. The rover could also clear up many questions that scientists have about life on the red planet. It is scheduled to land on Thursday, February 18th, around 3:55 p.m. E.T.