Europe Aims for Carbon Neutrality by 2050

Here's how they plan to get there.

On 11th of December 2019, the European Commission (EC), the European Union’s executive arm, passed the European Green Deal, Europe’s plan for dealing with climate change while creating new jobs. EC President, Ursula von der Leyen, described it as a new strategy “for a growth that gives back more than it takes away.” The EU’s plan will cover all the major sectors of the European economy, contributing to economic development while moving to a more environmentally sustainable model. Based on the European Climate Law and several recent Green Deal initiatives, the most striking aspect of this plan is Europe’s ambition to become the world’s first climate-neutral continent by 2050.

The Union already has a strong record in combating climate change. While Europe’s GDP grew by more than 61 percent from 1990 to 2018, the EU managed to reduce emissions by 23%. However, with the implementation of the European Green Deal, they are striving to do more. It will make Europe a climate leader while creating jobs and economic opportunities. Through investment-backed programs addressing agriculture, energy, transportation, consumer products, and land conservation, the Green Deal will reduce greenhouse gas emissions and waste. This plan has a large amount of support among the public; over 95 percent of Europeans believe that protecting the environment is important. More than three quarters say that the protection of the environment will lead to economic growth. The adoption of the European Green Deal came just five weeks after the US officially left the Paris Agreement on climate change and will make EU member states the only countries complying with the guidelines of the Paris Agreement. 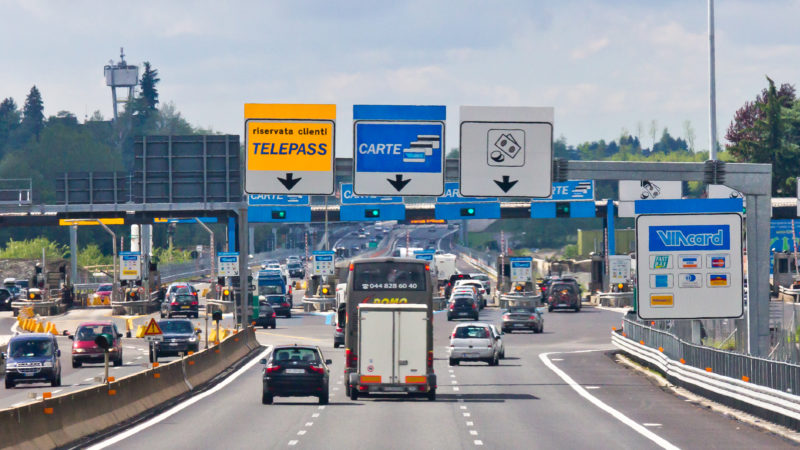 The most important piece of the European Green Deal, the European Climate Law,  entered into force on March 24 of this year. This law established a framework for the “irreversible and gradual reduction of greenhouse gas emissions.” This regulation binds the member states to the objective of climate neutrality in the European Union by 2050. The law follows the long-term temperature goals laid out in the Paris Agreement while also considering economic efficiency, fairness between member states, the competitiveness of the EU’s economy, international developments like the coronavirus pandemic, and the most recent scientific evidence.

To ensure Europe reaches net-zero emissions by 2050, the Law proposes the 2030 Climate Target Plan. The European Commission is proposing to cut emissions by 55 percent compared to 1990 levels by 2030, up from the current target of 40 percent. The plan is estimated to save €110 billion in European healthcare costs. It is predicted to reduce air pollution by 60 percent by implementing clean public transport and the installation of more than 1 million electric charging stations across the EU. The Commission also expects to save more than €100 billion by 2030 by reducing imports. Every five years, the EC will assess the progress made by Member States towards the 2030 target.

Farm to Fork and Biodiversity 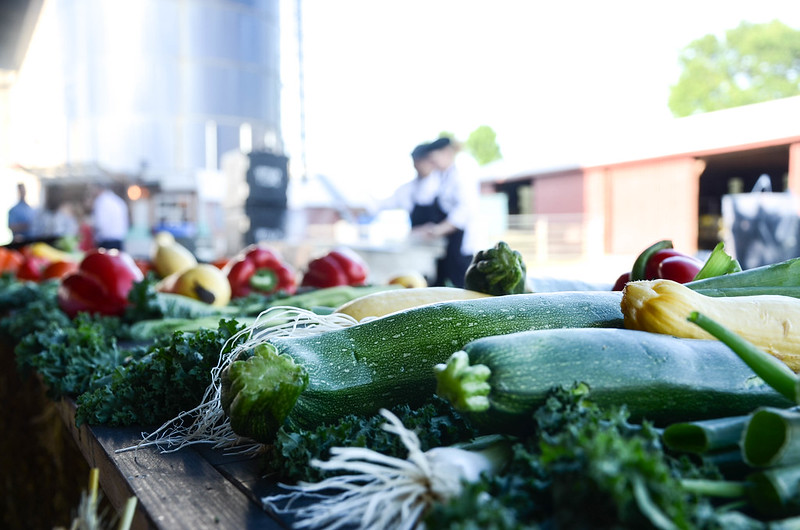 Under the Stars: Farm to Table

While COVID-19 consumed much of late March and April proceedings, the EC returned to Green Deal proceedings in early May with the Farm to Fork Strategy, a key aspect in reaching the 2030 target. Frans Timmermans, Executive Vice-President of the European Commission, described the Farm to Fork Strategy as integral “to protect our people’s health and well-being, and at the same time to increase the EU’s competitiveness and resilience.” It will eliminate more than 1 in 5 EU deaths and drastically reduce food waste. This is relevant to the coronavirus crisis, which has shown the vulnerability of Europe and “how important it is to restore the balance between human activity and nature,” said Timmermans. Under the Farm to Fork Strategy and Horizon Europe, more than €10 billion will be invested in research and innovation related to agricultural sustainability. One of the most important aspects of the Farm to Fork Strategy is how it will benefit farmers by increasing returns, lowering costs, strengthening the connections with consumers, and creating new export opportunities.

Paired with the Farm to Fork Strategy is the EU Biodiversity Strategy. This plan aims to protect biodiversity by protecting 30 percent of all land and sea in Europe. This plan includes promoting organic farming and the use of landscape features that promote biodiversity on agricultural land. The EU intends to halt and reverse pollinator decline by reducing the use of pesticides by 50 percent. Other tactics include restoring 25,000 km of rivers to a free-flowing state and planting three billion trees. The Biodiversity Strategy will be funded through an annual allocation of €20 billion.

The Economy and The Green Deal 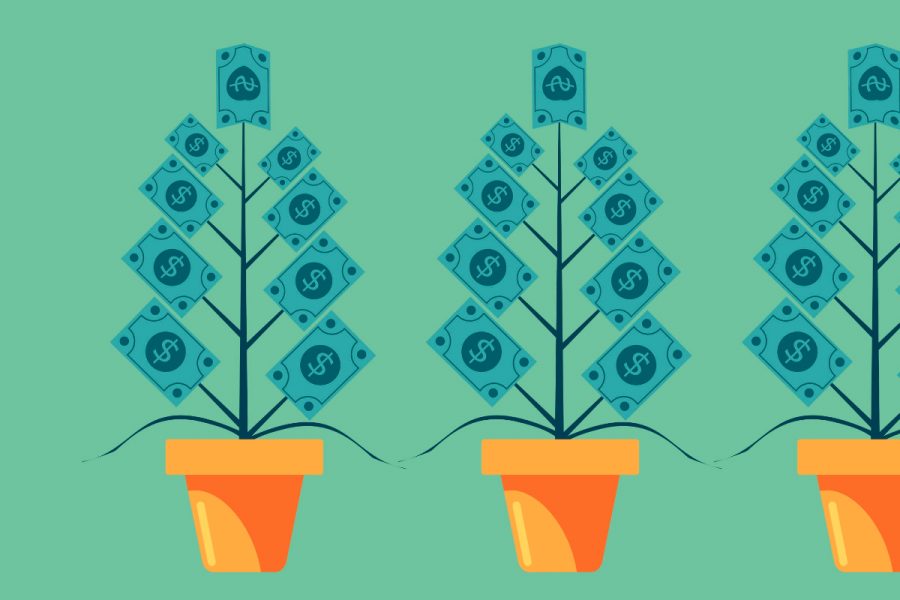 While dealing with climate change is the Green Deal’s main goal, the EU is also committed to maintaining its competitive edge in global markets. To this end, just six days after the European Climate Law presentation, the EU adopted the European Industrial Strategy (EIS). The EIS emphasizes the importance of seven key factors: a market based on technological innovation, upholding a level global playing field, supporting industries as they transition to climate neutrality, encouraging industrial innovation, skilling and reskilling workers, investing in financing the transition, and building a more circular economy where products are tracked through their entire lifetime.

The Circular Economy Action Plan is building towards the last EIS factor, ensuring corporate accountability for products throughout their lives. This presents new initiatives to protect the environment by reducing the nearly 500 kg of annual municipal waste produced per capita. The EU will regulate various industries, including electronics, textiles, and plastics, to prevent designed obsolescence and ensure long-lasting products. This will be implemented by providing incentives to companies that are responsible for their products throughout their lifecycle.

On July 8, the EU adopted various clean energy strategies to address the more than 75 percent of Europe’s greenhouse gas (GHG) emissions due to the production and use of energy. In 2017, only 17.5 percent of the Union’s energy came from renewable sources. The clean energy strategies will combat this directly by investing in renewable energy and increasing distribution networks efficiency. The Commission also plans to decarbonize the gas sector and capitalize on Europe’s offshore wind energy potential. Through these strategies, the EU hopes to develop a power sector based on renewable sources and ensure secure and affordable access to energy for its citizens.

The European Commission released its most recent initiatives just 2 weeks ago, on Oct. 14, 2020. The first of these, the renovation wave, intends to renovate European buildings to make them more sustainable, creating more than 160,000 additional green jobs soon, which would help nearly 34 million Europeans unable to pay to heat their homes. A second initiative released will attempt to curb emissions of methane, a Greenhouse Gas more than 84 times more potent than carbon dioxide. The last initiative released was the Chemicals Strategy for Sustainability, which will better protect the environment and its citizens by banning and phasing out many of the most harmful chemicals in consumer products and increasing regulation surrounding many other substances. 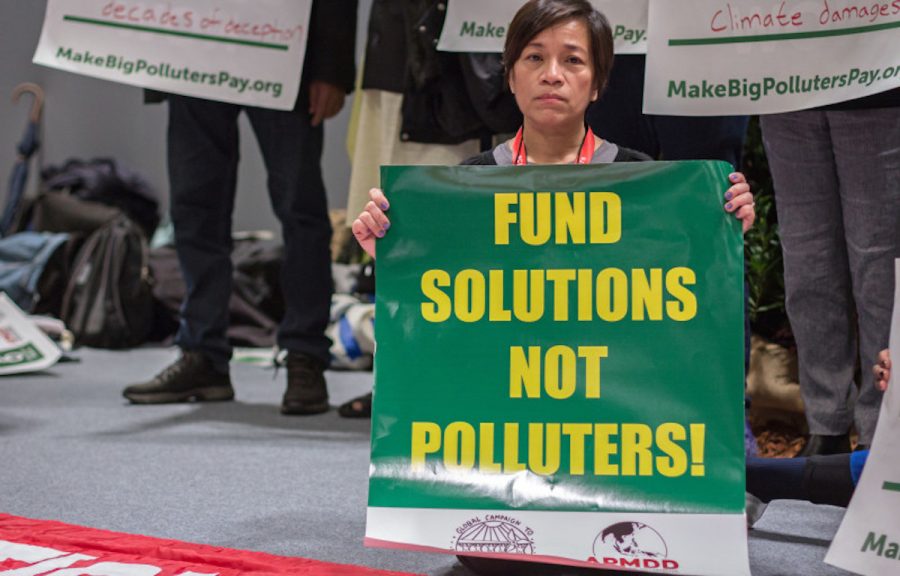 To achieve the 2030 guidelines, the EU predicts it will have to spend €260 billion annually, just 1.5 percent of the EU’s 2018 Gross Domestic Product (GDP). The Commission also intends to commit at least 25 percent of its long-term budget to fighting climate change.  The European Green Deal Investment Plan also aims to mobilize at least €1 trillion in the next decade. The majority of this money will come from private funding, but the European Investment Bank will also play a large role. The EC will provide incentives to “unlock and redirect public and private investment.” It also plans to encourage investment by placing the Green Deal at the center of the financial system and by facilitating approval of state aid.

While many industries might have suffered from these new programs, the Just Transition Mechanism (JTM) aims to ease the social and economic impacts of the transition towards a climate-neutral economy. It will act from 2021 to 2027 and focus on regions and industries most affected by the transition, mobilizing €150 billion. This will establish the Just Transition Fund (JTF), designed to give research grants, environmental rehabilitation, clean energy production, and job creation. The JTM will also create a dedicated InvestEU scheme, supporting projects in energy, infrastructure, decarbonization,  economic diversification, and social infrastructure. The third pillar of the JTM is a new European Investment Bank loan facility, meant to aid Member States in their transition by backing public and private investment.

The European Green Deal provides a roadmap of actions, and legislation surrounding transportation, and an initial review of all Member State guidelines will come in early 2021. Through these programs and many to follow in the next ten years, the European Union will leap ahead in the race to combat climate change. If every country in the world adopted a similar approach, there would be no new anthropogenic emissions after 2050. While the European Green Deal will undoubtedly reduce the number of jobs in nonrenewable energy, it will create tenfold more in fields like wind, solar, agricultural, and urban development, leading to a massive change in the role of workers, from unskilled laborers to highly-trained specialists. By simultaneously addressing unemployment, climate change, food security, energy poverty, health, and countless other issues, the Green Deal holds the key to a more successful Europe. Similar investments in other developed countries will pave the way towards halting the course of global climate change permanently. 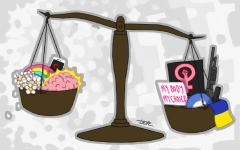 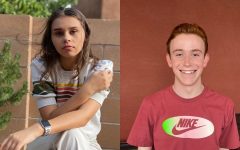 Get to Know Next Year’s Student Senate Leadership 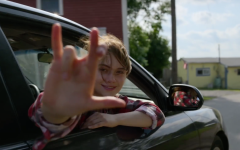 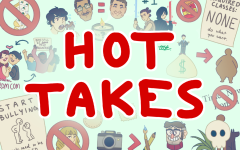 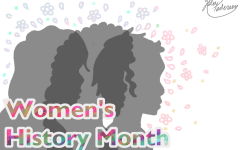 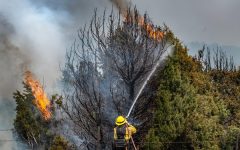 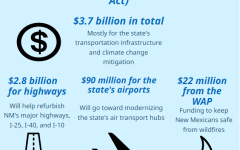 Investments in New Mexico from the Bipartisan Infrastructure Bill 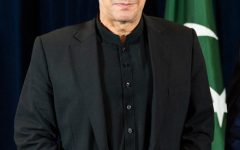 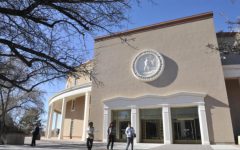