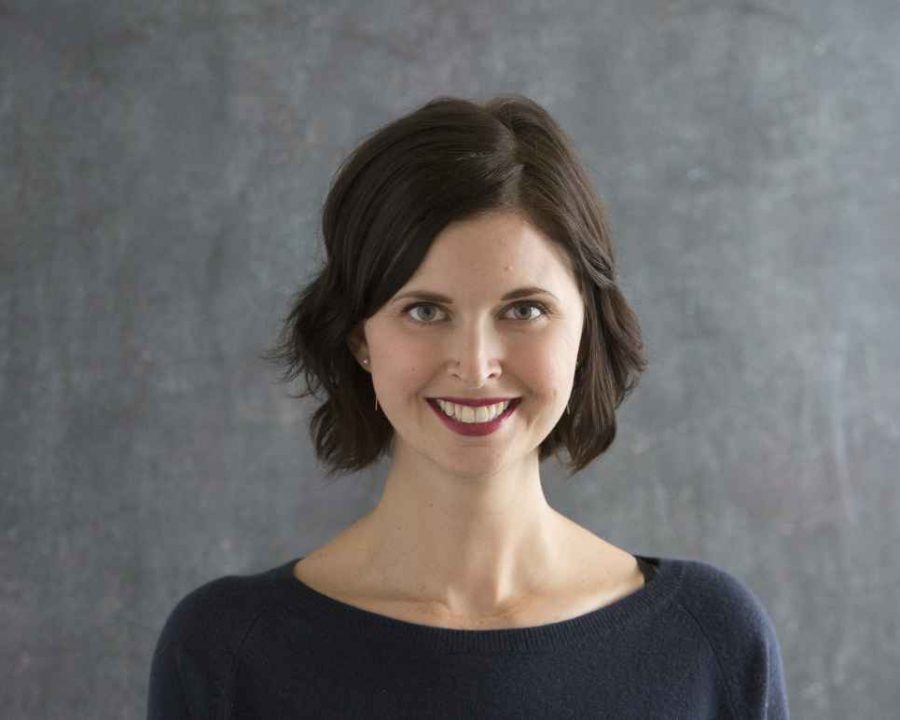 Erin Armstrong, 39, is more than a cancer patient. For one, she is an attorney committed to fighting for women’s reproductive rights. For another, she is an inspiration, someone with a deeply fascinating story that begins not in Albuquerque, New Mexico, but in Hot Springs, Arkansas.

“I only have a very vague memory– sort of snapshot memories– of that time. I must have been about three years old and we moved to Arizona for my dad to pursue a graduate degree and lived outside of Phoenix in an area called Glendale. We lived there for the couple of years that my dad needed to finish his degree and then moved to New Mexico. I was probably five or six when we got to New Mexico”

Growing up, Armstrong’s mother was a physical therapist and her father was a forester. “We didn’t have a lot. I know now that my parents, at that time, were just starting out, and really didn’t have any accumulated wealth or a lot of money. So we did things that were free or cheap. My dad had student debt after he had gotten his graduate degree and then he actually broke his back when we lived in Deming so he was out of work for about a year while he healed. By the time he healed, he had medical debt and student debt. I understand now, in hindsight, that those must have been difficult times for my parents but I wasn’t aware of that as I was growing up. We never felt as if we were lacking.”

However, in 1997, her mother decided to run for public office as part of the New Mexico legislative committee for health and human services. “After being a physical therapist for so many years, she [my mom] got into healthcare administration and was doing a lot with seniors and people who had to be in institutionalized settings, like nursing homes. So she became a really passionate patients’ rights advocate during that time and decided to go to law school.” Now, Armstrong’s mother, Deborah Armstrong, is the chair for the House Health and Human Services.

Shortly after her mother ran for public office, in 1999, when she was just seventeen years old, Armstrong was diagnosed with cancer. “I had found the first lump in my throat when I was about seven years old and wasn’t properly diagnosed until I was seventeen. As a result, the cancer that might have been a very easily managed, one surgery thing, became a metastatic spread– a chronic illness that I’m still managing to this day,” she said. “Knowing that this is something that I would have to manage throughout my life and knowing that I wasn’t going to be able to have an easy time getting insurance, a malpractice suit, unfortunately felt like our only option.” Shortly after her diagnosis, Amrnstrong and her family filed a malpractice suit against one of her healthcare providers. “It was a difficult decision for us and it was a difficult thing to go through as a young patient.”

Up until a year and a half ago, Armstrong worked as a reproductive rights attorney at the American Civil Liberties Union. However, “I had not always been interested in law,” she said, “but I got sick and my mom started law school right around the same time. So my mom was in law school school during the early years when I was going through multiple surgeries and it was my first experience having to manage this disease full time. Because of that, I had to delay my own college experience for a year. During that time, I would go with my mom to law school and sort of sit in the back of the class. She was taking insurance law, and health law, and a couple of other classes that seemed interesting to me and resonated with me as a patient. It resonated with me so much because of my lived experience at the time. I think that planted the seeds for my interest in pursuing a career in law.” During this time, she was also invited to serve on the committee for Law Students for Reproductive rights where she ended up serving for seven years.

A few years later, while living in San Francisco, Armstrong was given the opportunity to work with patients in Tanzania, Africa, an experience she said was, “very empowering. The community that I was lucky enough to be invited by was just outside Arutia, Tanzania. It was very eye opening. The community was incredibly warm and welcoming. I volunteered at a place called St. Lucia which had started out as in patient hospice care for women who were at the end stages of their life, dying of AIDS.”

“I’d never been around that before,” Armstrong said, “I’d never been around people who were dying but with so little infrastructure or tools to support their end of life process. At that time, there was still a lot of stigma in the community related to an AIDS diagnosis. Many people weren’t able to be with their families or had been cut off from people that they loved. The role of a hospice home like that was to a) provide physical comfort as they were able with very limited tools but also provide some human compassion and companionship during that process. While someone is dying. It was a very tender and emotional, very eye opening, experience for me.”
“Because, unfortunately, the women at St. Lucia died, they left behind children, so St. Lucia, almost by default, also became an orphanage– a place for these kids to stay and be cared for and raised. I was able to get to know some of the kids. There was a lot of joy in that too,” she said. “Holding both of those things at once– death and childhood– was really special.”

Armstrong also worked to provide in-home care for those patients too sick to travel to the clinic or too scared of the cultural stigma to be seen going to one. “We didn’t have a lot of resources. Often we would focus on bringing healthy food. We would bring things like tylenol. Those were the kinds of tools we had to work with. We weren’t provided antiretrovirals and the kind of medical care that would be provided by doctors here. So those were what we had to work with and we also went to visit. To provide some compassion, and some humanity to people who were, oftentimes, suffering a great deal. That was a really formative experience. It was joyful and desperately sad and I just have so much gratitude to that community for welcoming me. To see people doing so much with so little was important for me to see as a young American woman who often takes these things for granted.”

Following her graduation from UNM two years later and UC Berkeley Law School shortly thereafter, Armstrong worked as an attorney in Washington D.C. at the National Health Law program. She worked on policy that worked to help underserved communities as well as on policy surrounding Medicaid and the Affordable Care Act. After living in D.C. for a few years, however, Armstrong moved back to New Mexico. “I craved work that was more immediately connected to the community that I was a part of,” she said.

“I think I got started on this path because, like I said, being diagnosed with my own illness at seventeen years old really steered me towards health advocacy and patients’ rights from the get go. I first became interested in advocating around HIV and policies related to the care and treatment of people living with AIDS. I worked for some time right after college for the New Mexico Department of Health doing some patient advocacy with partnership with people living with HIV/AIDS. We were helping patients navigate a very complicated healthcare system that, very often, did not fit their needs.”

After working for patients in New Mexico, however, Amrstrong had to take a break from work to focus on her own health. “A year and a half ago, things took a turn and, for reasons that i’m still trying to understand and learn about, my cancer became much more aggressive and spread to areas including my brain, which is a whole different ball game. I was, in December of 2018, starting to experience just a little numbness on the left side of my face but within a couple of weeks it had gotten more pronounced. Luckily, I have been so blessed, with the exception of the malpractice suit I mentioned earlier, through these many years, to have healthcare providers who listened to me and responded accordingly and appropriately. When I was having this numbness, luckily, I have an amazing primary care provider who listened and even though it didn’t seem likely to be anything major at the time, ordered an MRI because I needed it to be able to relax. I think more than anything, I was pretty worked up about it, I knew something was wrong.”

So I had the MRI and I was at work, buried in a lot of projects and deliverables and deadlines. It was December 14th and I got a call from my provider telling me that, unfortunately, the MRI showed that I had a very large brain tumor and that I needed to leave work and check myself into the hospital that night– that they were expecting me. That’s what started the last year and a half. I walked out of my office that day and my whole life changed.”

Despite these hardships, however, Armstrong continues to provide legal advice at her firm and stay involved with her work, in some capacity. “My prognosis is pretty poor unfortunately, but I’m determined to live as fully as I can for as long as I can. I’m getting back to my new normal. I don’t know that I’ll ever be able to return to the level of stamina I had before this happened but I do think and trust that I will be able to have more, good, full years that include being involved in work that I care about. RIght now, I don’t know what that’s going to look like. RIght now, it looks like a lot of behind the scenes weighing in and strategy and advising. I’m on the board for a national organization that does work that I care very deeply about called the Guttmacher Institute. I’m also on the legal panel for reproductive rights here in New Mexico. So, I’ve found ways to keep my brain engaged and contribute and weigh in as much as I can.”

During quarantine, Armstrong continues to stay involved with her work and has taken up gardening, cooking, and spending time with her baby niece. “I spend a lot of time with her [my niece]. I’m just so grateful that I get to be a part of this time in her life, that I get to watch my baby sister become a mother,” Armstrong said. “You know, I wasn’t sure I was going to be around for that stuff so it feels really special.”

I think that Covid and the last year and a half generally have forced me to take a break, to slow down and to take care of myself,” Armstrong said. “It’s given me a chance to explore other things that feed me and that keep me well and happy and that’s been in, its own way, a gift.”