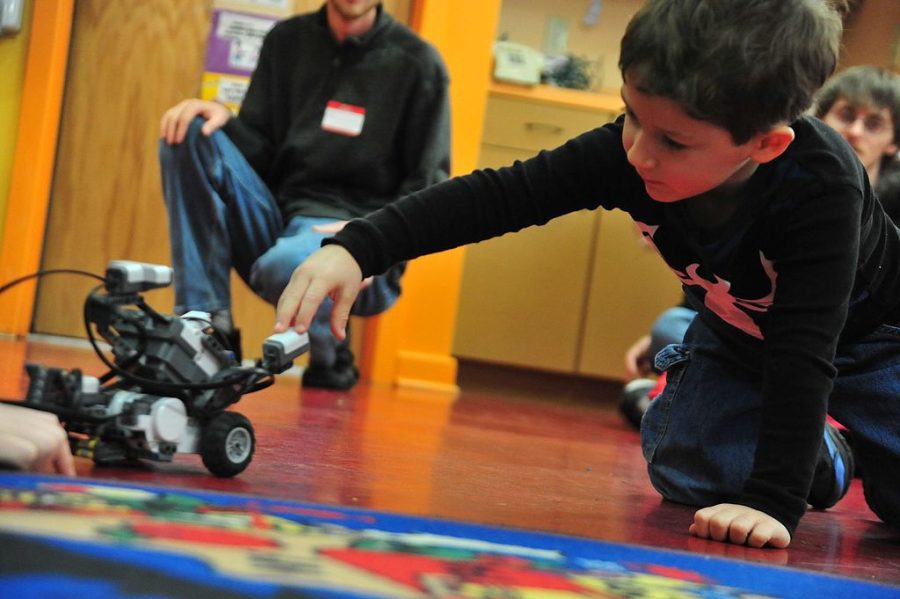 Are You Smarter Than Your Robot?

ChatGPT is a new AI developed by software giant OpenAI, capable of answering prompts with masters degree level precision, raising many questions about the implications of its use by students and teachers alike. I wrote a quick article (419 words) about the effects of ChatGPT in schools and the workplace, then I prompted ChatGPT with this: “Write a news article about ChatGPT and its positive and negative effects on schools and jobs in no fewer than 375 words.” (Interestingly, it only wrote 285 words.)

Ben’s Take on The New AI

A new AI system, ChatGPT, is taking the internet by storm. Built by software developer OpenAI, the online chatbot can answer pretty much any question you throw at it, whether it is math-related, historical, an essay prompt, a script, a rap song, coding in any coding language, etc. OpenAI’s mission statement reads, “Our mission is to ensure that artificial general intelligence benefits all of humanity.”

Anyone who has used ChatGPT can vouch for the program; its responses are remarkably human-like, and it’s pretty fun to play around with. Unlike other AIs like Siri, which have a set amount of programmed responses, ChatGPT can rephrase itself over and over if you tell it to. The AI will work with what you give it, so the more specific you are in your request, the more accurate of an answer you will get. OpenAI assures the public the best from them is yet to come, and they hope to release an improved model next year.

The benefits to AIs like ChatGPT are numerous; It could easily improve efficiency in research papers and coding. Time becomes a non factor, ChatGPT exponentially speeds up the time needed to research specific topics. The AI can also help app developers solve bugs quicker and more efficiently, and scan social media posts en masse for content violating community guidelines. AI systems like this are already in place at companies like Instagram and Twitter.

But once you start brainstorming the negative effects, they really never end. The use of ChatGPT to write school essays and answer math problems will dissuade students from doing their own work and research, effectively killing creativity in the work. Another implication is AI replacing human jobs. If an AI is more efficient at a task than a human, the human isn’t necessary anymore. To big corporations like car manufacturers and social media companies, AI like ChatGPT may be very attractive, and it may end up replacing jobs held by humans. Another negative effect, that is already being seen in applications like Google Translate, is ChatGPT’s ability to instantly and accurately translate between languages. This may discourage people from learning new languages, and just become reliant on AI.

Overall, ChatGPT has evident pros and cons, but a lot of questions and concerns need to be answered before we can safely place our confidence in the AI. ChatGPT is only the first step of many towards extremely advanced AI technology, I.E, it is only going to get more accurate, and by default, more controversial.

ChatGPT Talks About Itself

In recent years, a new technology called ChatGPT has been gaining traction in both schools and the workforce. This AI-powered chatbot is capable of generating responses to various queries and conversations, making it a valuable tool for both educational institutions and companies.

One of the most notable benefits of ChatGPT is its ability to assist in online learning. As remote schooling becomes increasingly common, ChatGPT can serve as a virtual tutor for students, providing instant answers to their questions and helping them stay on track with their coursework. Additionally, ChatGPT can be used for language learning, allowing students to practice speaking and comprehension skills without the need for a human tutor.

However, ChatGPT has also sparked concerns about its potential negative effects. For example, some worry that its use in schools could lead to a decrease in critical thinking skills among students. Since ChatGPT provides instant answers, students may become reliant on the technology rather than learning to think for themselves.

In the workforce, ChatGPT has the potential to automate certain tasks, such as customer service and data entry. While this can save time and resources for companies, it could also lead to job losses for workers in those positions. Furthermore, some fear that ChatGPT may not be able to fully replace human interaction and could lead to a decrease in customer satisfaction.

Despite these concerns, ChatGPT continues to gain popularity in both schools and the workforce. As with any new technology, it is important to carefully consider its potential effects and use it in a responsible manner. While ChatGPT has the ability to greatly assist in education and productivity, it should not be relied on as a replacement for human interaction and critical thinking.