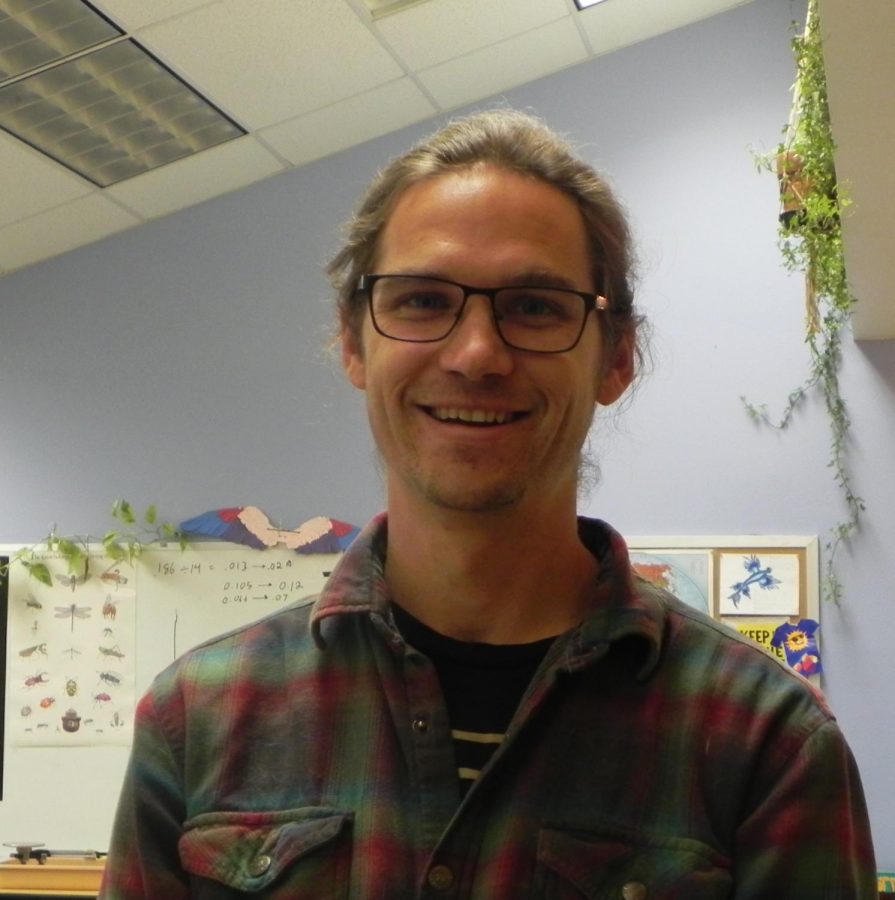 Welcome (Back) to the Academy Peter Levin!

Peter Levin ’11, an Albuquerque Academy graduate who applied for a fellows program in 2021, is now the newest science teacher in the 6-7 division. Although Mr. Levin is the teacher, Butters, one of the many bunnies on the campus, tends to steal the show frequently. Butters is the most popular rabbit in 6/7. Mr. Levin adopted Butters from Craigslist four years ago, and since then they have had many journeys together. They drove across the country and froze inside Mr. Levins’s van during a snowstorm. Last year Mr. Levin brought Butters into the classroom while he was still in the New Fellows program, and Butters immediately became the classroom celebrity.

Mr. Levin is fascinated by science and the ability to understand the world around him. He says “Science allows me to get paid to study that and teach it to kids,” which is “awesome.” After graduating high school he went to Colorado College. When Mr. Levin applied for the Bridge to Success program in 2021, he enjoyed being able to get to know new students right away. He also felt like it was a good chance to get to be on campus before he had to teach “real classes”. Mr. Levin teaches all pods in 6/7 including Juniper, Piñon, Green Chile, and Red Chile. He is also the sponsor of the Fungi Club and encourages people to join to have fun, meet new people, and talk about Fungi.

Mr. Levin has said if there’s one thing he’s learned this year, it’s balance. He has “learned how to begin to maintain a balance in [his] work-life,” and that  “it’s always important to clean your classroom at the end of the day, particularly when you have to bring a rabbit the next day.”

Mr. Levin has re-joined the Albuquerque Academy community with lots of joy, and is a great addition to our staff.