Students Deserve to be Included in Community Decisions

Administration should reach out more to students for their input 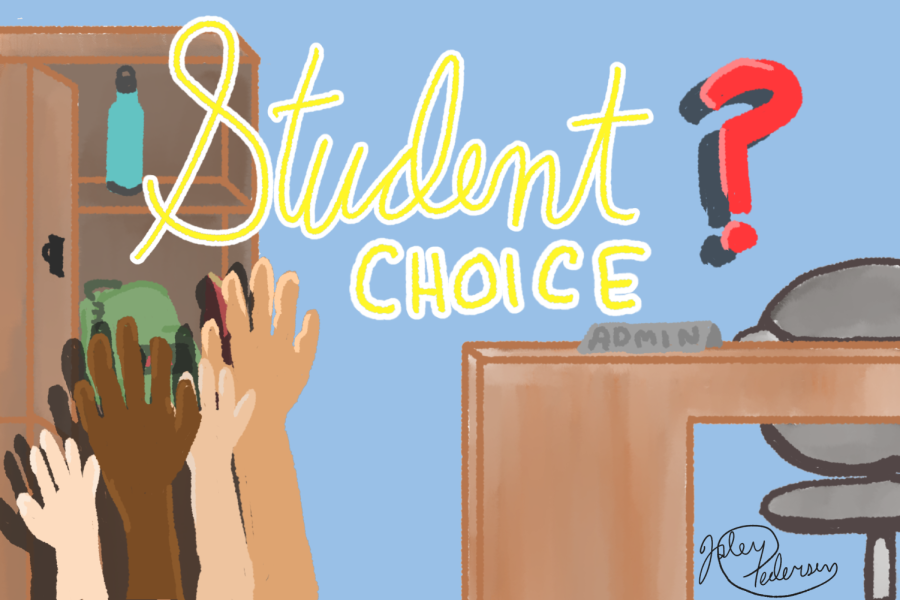 Over the past two years, Albuquerque Academy’s administration has unveiled many important changes. Some were necessarily implemented as the school grappled with confronting COVID and keeping students safe. Decisive leadership was needed then—and administrators stepped up. But some changes that were made were not related to the pandemic. As the pandemic calms down around campus, it is time to discuss the role of students in major decisions made by Albuquerque Academy. Whether it’s modifying the schedule or creating a new logo, many students are overwhelmed by the number—and impact—of changes around the school. They feel powerless and are bracing for the next surprise announcement. This inevitably creates a tense atmosphere marked by indifference and anger directed towards those at the top, as shown by the decision to change the school’s logo. Creating a new logo without student involvement led to widespread frustration that eventually took the form of an online petition urging the school to reverse its decision. It is past time to include students in the decision-making at school and let them have a say in the decisions that affect them directly.
Allowing students to participate in discussions about the direction of the school has important benefits. When administrators reach out directly to the student body, it makes all of us feel seen and shows us that our opinions matter, not just the opinions of those who feel comfortable enough to talk to people in positions of authority. I know that it can be difficult for students to disagree with those who make the rules, and it is even harder to try to meet with them to discuss our concerns. Amplifying student voices leads to more informed decisions by the school because they are able to see a wide range of opinions on a particular issue. While I know that it is impossible to please everybody, those who may have wanted the school to go a different way can still know that their opinion was considered. Most importantly, by including students’ input in decisions, they would have an opportunity to learn the valuable skill of decision-making through doing—just as we do while learning any academic subject. Why should learning a crucial life skill be any different? According to author Alfie Kohn, “It is experience with decisions that helps children become capable of handling them.” Not allowing students to make decisions until they are “mature” enough will hinder their ability to make their own choices down the road.
To that end, the school should incorporate student feedback on any major decisions whose impacts last a year or more and are directly affecting the entire student body. The administration should also make a concerted effort to make sure everyone’s voice is heard. Administrators – instead of sending out a long-winded survey, you can use that time to find and actively engage with students and tell them about what you are trying to change at the school. As a Student Senator, I know how hard it is to create a survey, and then try to figure out what to do about the results. It is important to tell us directly what is changing, why it is, and what you are planning to do about it. Whether that be at lunch, division time, or office hours, I urge you to spend a bit more time connecting with students face-to-face and getting to know their concerns. While many administrators do try to spend time with students, there is certainly more that should be done to hear students’ voices. I know that as the leaders of the school, you have a lot on your plate, from meetings to responding to emails to keeping all of us safe. So, not only would you save the work and time needed to make a survey, but you would also receive genuine and honest feedback from students much more easily than if you would have to sift through a spreadsheet with hundreds of responses. Any final decision should incorporate the opinion of the majority of students.
It is the responsibility of the school to ensure that they include the community in the decisions that they make, which will create a more respectful, empathetic, and transparent Albuquerque Academy for years to come.