What Happened at COP 26?

Climate Change: Will We Do Enough? 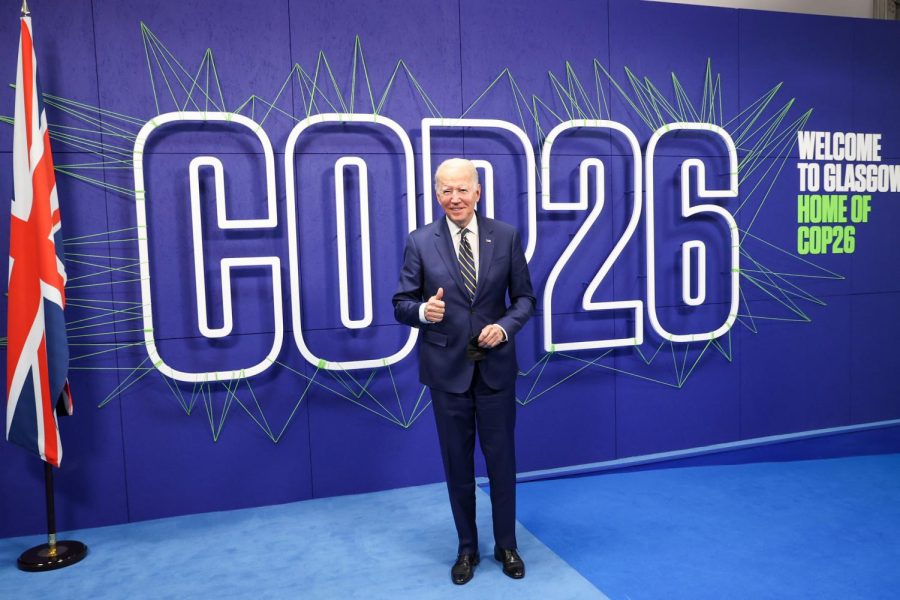 President Biden at the COP 26 Conference in Glasgow

The 26th Conference of Parties on Climate Change (COP26) was held from October 31st to November 12th in Glasgow, Scotland. Prominent world leaders were invited to the convention to discuss reaching “net zero” carbon emissions and to prevent further climate change. United States President Joe Biden attended the conference and closed deals on forest preservation and methane reduction. The convention was led by the president of COP26, Mr. Alok Sharma. His main goal is to encourage all nations to divert more resources towards the future of the planet.

COP26 has many goals for the future of our planet, including slowing down climate change. At the conference, members focused on reducing carbon dioxide emission and methane production, as well as working toward a greater reliance on renewable sources of energy. Net-zero emissions is a goal and vision the convention hopes to achieve by 2050.

However, to prevent the disasters of climate change, we need to both reach net zero emissions and prevent future global warming. All countries are being asked to reduce their amount of coal usage significantly by the year 2030. If adhered to, these promises could create more reliable weather and living conditions for everyone by mid-century. We also need to protect communities and environments by encouraging the restoration and preservation of habitats such as the Amazon forest. Governments need to finalize the Paris Rulebook, a legally binding treaty that contracts all nations to cut coal emissions.

Although China and Russia did not attend the COP26 convention, the collaboration and solutions established by the conference were important steps taken for the good of Earth. It remains to be seen whether it will be enough, though. Many, including youth climate activist Greta Thurnberg and the controversial international group Extinction Rebellion, are critical of the results of COP26.

Mr. Sharma recognized the gravity of the conference, noting that “the world is [already] moving to a low-carbon future… COP26 needs to be decisive. Whether future generations look back at this time with admiration or despair, depends entirely on our ability to seize this moment. Let’s seize it together.”