Why China is Winning 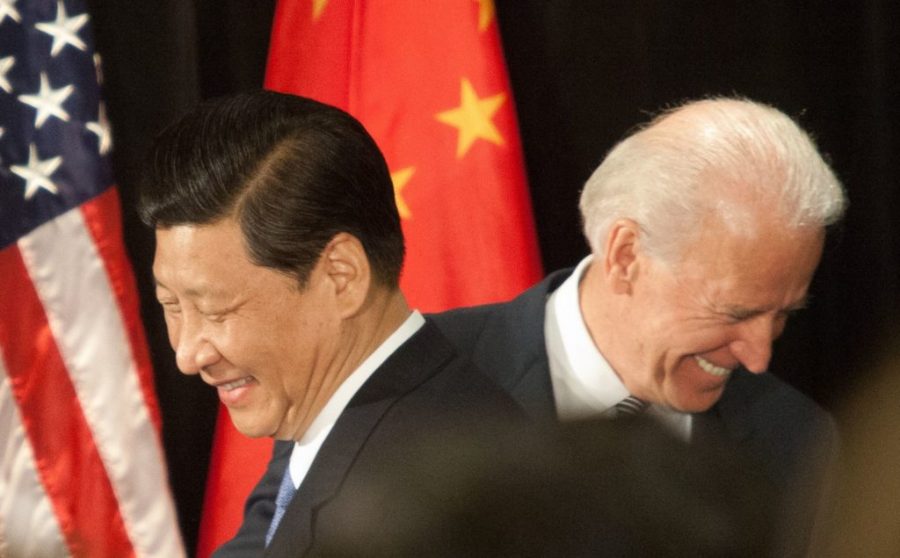 In 2017, President Xi Jinping banned the phrase “Winnie the Pooh” after online bloggers posted memes comparing him to the cartoon bear. On May 6, 2021, American actor and professional wrestler John Cena apologized profusely in Mandarin after accidentally implying that Taiwan was a country instead of a Chinese territory. This fall, China introduced “Xi Jinping Thought” into elementary schools, a curriculum criticized by many as a step towards enshrining authoritarian compliance in the next generation. These events sound like parodies of George Orwell’s 1984, so exaggerated they might be funny were it not for the everyday horrors of authoritarianism and the new extent of its reach. Xi Jinping came to power in 2012 on the heels of Hu Jintao, who adhered to the newly-minted two-term leadership policy that Xi reversed in 2018. Last week, Xi entered his third term, signaling a return to authoritarianism and eliciting comparisons to former dictator Mao Zedong.

The two autocrats are uncannily similar. In 1966, Mao’s Cultural Revolution led to the deaths of over one million Chinese citizens. Now, the Xi administration holds over one million Uyghur Muslims in prisons that perpetuate sexual assault, torture, and enslavement. In light of Xi’s now-unlimited authority, the state’s attempts to enforce cultural hegemony may intensify from forced assimilation to genocide, according to the U.S. Holocaust Museum. The technologies used to surveil ethnic minorities will soon play an even greater role as China’s social credit system rolls out. Xi’s power crosses oceanic borders, too. Despite Taiwan’s democratic elections, sovereign political system, and geographic separation from the mainland, Chinese leadership has long insisted that the region is under their jurisdiction, terminating trade relations with any country that acknowledges Taiwanese independence. Xi seeks to crush Taiwan’s autonomy to stave off other anti-government movements. As China increases its arms budget and asserts illegitimate authority in the South China Sea, diplomatic manipulation may escalate into military action.

However, the first weapon in China’s arsenal is economic. Reacting to overseas dilemmas with armed force is an all-too-familiar strategy for the U.S., the only nation in the world with a military budget greater than China’s. Adjunct scholar at the Cato Institute’s Defense and Foreign Military Policy Department Colonel Erik Goepner deemed U.S. operations since 9/11 to be largely ineffective and often detrimental. But while the U.S drained upwards of eight trillion dollars on misguided attempts at “nation-building,” China spent eight trillion dollars on physical development in 2020 alone. The state funds eighty-five percent of domestic infrastructure development in order to promote quality of life and long-lasting economic growth.

Last year, the Advocate published an article on Xi’s Belt-and-Road Initiative (BRI), a plan that seeks to expand China’s influence by funding foreign infrastructure and COVID-19 aid. In 2019, the BRI reached 60 countries. Within just two years, BRI membership has more than doubled, and the plurality of participating nations are in sub-Saharan Africa, a region that will play an increasingly important role on the world stage as its population explodes. While President Biden’s infrastructure bill offers some competition, the plan might be too late, especially considering how thoroughly the War on Terror damaged America’s international reputation. Xi certainly doesn’t believe the U.S. can catch up, and he has good reason to be confident. China is set to overtake the U.S. economically by 2028, defying the long-held theory that effective economies require political democracy. Forty percent of Americans already recognize China’s economic dominance, but those who take the name Chinese Communist Party literally might be confused by its success. Elizabeth Economy, the Director for Asia Studies at the Council on Foreign Relations, clarifies that China is “a system of authoritarian capitalism… it really is just a single-party state, in which the party exerts an enormous amount of control over society.” Rather than abolishing private property (the state runs on business) or implementing collectivist policies (China’s wealth inequality is almost as bad as America’s), the CCP exploits Maoist theories on civic duty as a means to ensure public compliance while neglecting social safety programs. As dictators around the world buy Chinese surveillance and censorship technology, eager to repress Winnie-the-Pooh-esque jokes, they also buy into China’s model of authoritarian capitalism.

Citizens growing up in the post-Red-Scare U.S. often overlook the importance of developing nations and their attraction to China. Xi, on the other hand, is playing the long game. He understands that in order to not only overpower the U.S. but to maintain that power, he’ll need every nation he can get on his side. George Ovitt, a history teacher at Albuquerque Academy, thinks it is important not to lose sight of the sordid history of Western imperialism when examining China and other formerly colonized nations. In particular, he says, “We should not be shocked by the attraction to communism or other forms of statist economics to countries whose historical development was violently interrupted by the capitalist West. Why would we expect poor and exploited people to flock to the ideological banner of their oppressors? In the bipolar, post-World-War-II world, actually existing communism, for all its faults, was the only plausible alternative to exploitative capitalism whose crimes in what was once known as the ‘Third World’ are past counting.”

Another factor in the decisions of developing nations is institutional stability. The U.S. maintains relative political consistency through checks and balances, but free speech doesn’t actually come without cost. Radical ideas heighten into extremism, and the Chinese government uses chaotic American political culture to fuel anti-democracy propaganda. China’s state-controlled markets breed corruption and repression, but they also transformed China from a Maoist, famine-ridden wasteland into a  global superpower in less than a century. COVID-19 is a microcosm of this contrast. America’s long-held veneration of free speech manifests into far-right propaganda that has stalled COVID-19 recovery. The instinct to mistrust Chinese statistics is tempting, but in general, its shockingly low case rate is a direct result of unrelenting government strategies that prioritize containment over freedom. China’s medical and economic miracles attract many developing, decentralized, and imperialized nations who can’t afford to take institutional stability for granted – even if it means sacrificing human rights, civil liberties, and democracy.

The world is teetering on the edge of an economic faceoff between liberal and authoritarian capitalism. Despite its extensive military experience, the U.S. has no reason to feel comfortable heading into this battle.