The Community Service Executive Board collects donations for Afghan refugees. 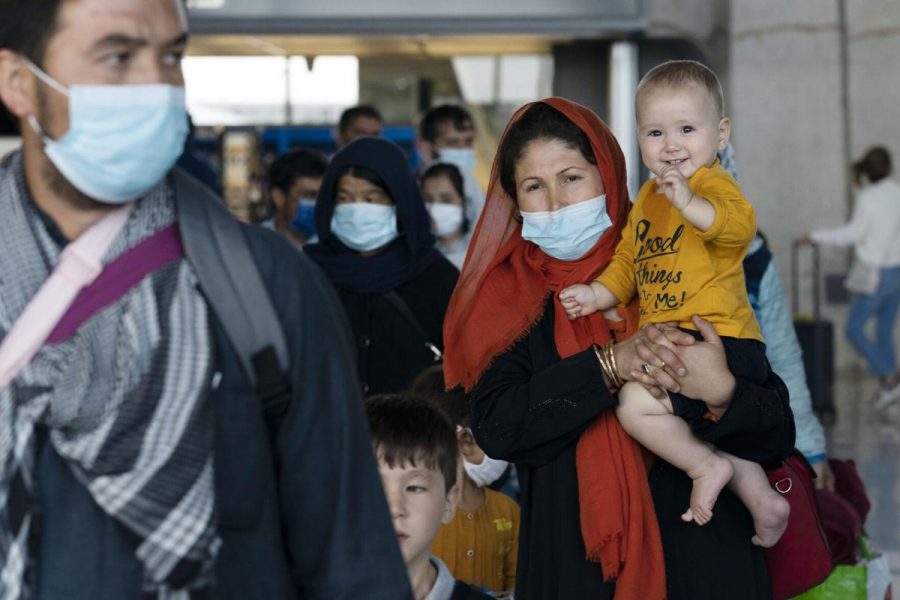 Over the past few weeks, posters have been hung around the Albuquerque Academy, supporting a recent cause of the Community Service Executive Board-collecting donations for Afghan refugees in the Land of Enchantment. The United States has vetted and welcomed thousands of Afghanistan refugees, and New Mexico has played a major role in housing them. Since the Taliban’s takeover of Afghanistan in mid-August, thousands of refugees have been fleeing the country and leaving everything they could not carry. As people around New Mexico gather items for the refugees, Academy has stepped up as well. A Hygiene Drive, created by students in the Community Service Executive Board ran a school-wide drive that collected essentials such as soap, shampoo, Kleenex, sunscreen, deodorant, and toothbrushes, all donated by our community. Community Service Leader Nora Krebs 24’ says, “What we’re doing is going to help so many people who are just trying to help themselves get to a better life, and I feel so lucky to have a part in that”. Working with Lutheran Family Services, the school has donated multiple large garbage bins overflowing with hygiene products for relocated refugees. Although the time to donate through our school has concluded, it is never too late to lend a helping hand in our community. Even outside of the Albuquerque Academy community, you can assist organizations like the Refugee Well Being Project, Afghan Society of New Mexico, Islamic Center of New Mexico, and APS Refugee and Newcomers Support by donating, volunteering, or even housing refugees.