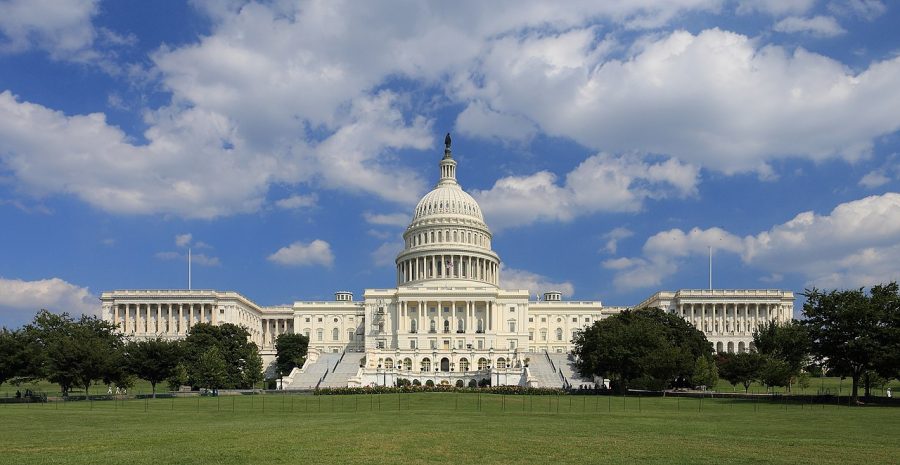 The US Capitol, where Congress has agreed to fund the government for 2 months, and to raise the debt ceiling.

On Thursday, September 30, President Biden and the Democratic Senate and House adopted a stopgap fiscal bill, averting a government shutdown. However, Congress is still in a political firefight with resistant congressional Republicans to lift the federal debt ceiling, that is, the amount of money the Federal Government can borrow, and to avoid a catastrophic debt default.

A bill to keep the government open and raise the debt ceiling passed the house on an exactly party-line vote but failed in the Senate. Minority Leader Mitch McConnell(R-KY) had whipped his members against the bill, saying that it was Democrat’s responsibility to raise the ceiling. However, it has historically been a bipartisan agreement to raise the ceiling. A failure to raise the ceiling could lead to a catastrophic default, meaning that government payments from other areas, like Social Security, for instance, would have to be yanked until the government achieved fiscal stability. In other words, if the government defaults, it essentially cannot pay its bills. However, it seems as if there are few other options but to keep negotiating for top Democratic Congressional leaders, perhaps with the exception of using the arcane rule of Budget Reconciliation, something that Senate Majority Leader Chuck Schumer (D-NY) has discouraged due to its “risky” nature. Using Reconciliation would mean that only Democrats would be needed to pass a measure.

On Thursday, the Senate voted on a resolution to keep the government open without the debt limit increase, after it resolved other lingering issues. The bill passed 65 to 35, and it then headed to the House of Representatives. There, it also passed, 254 to 175, and was soon signed into law by President Biden. The bill also included funding for hurricane damage victims in states like Louisiana, and funding for the relocation of Afghan refugees, both stemming from urgent August crises. At the moment, Democrats are still racing for options on the debt limit, including through reconciliation and through a stand-alone bill. Unfortunately, the possibility of a frightening debt default still remains a possibility and the future is uncertain for the millions of Americans who receive benefits or services from the federal government.