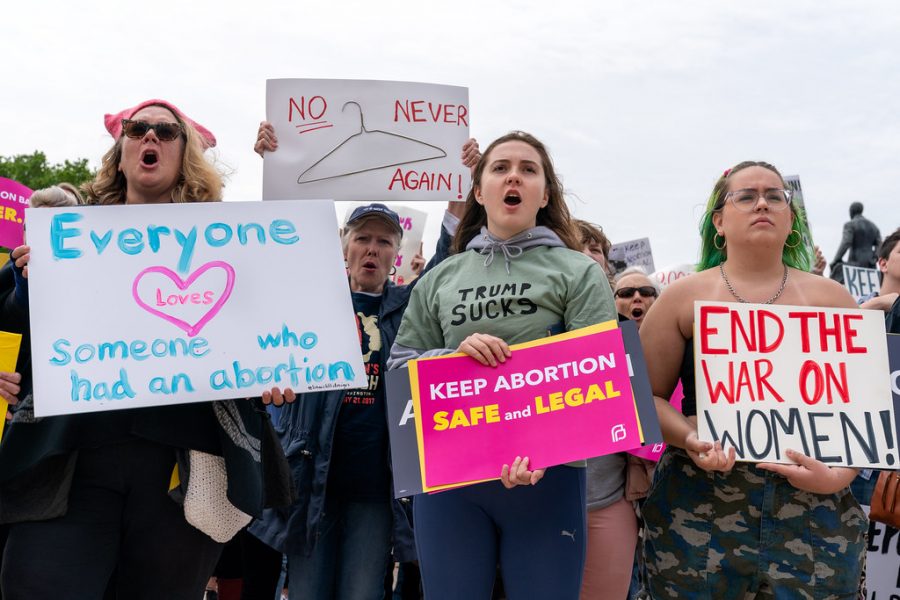 Texas’ new abortion law, Senate Bill 8(SB8), took effect on September 1st after the Supreme Court declined to intervene. It is now the most restrictive abortion law in the country. Opponents of the bill assert that the state of Texas is infringing on the federally recognized Constitutional right of a woman to make her own decisions regarding her reproductive healthcare. This recent legislative change makes it unlawful for a woman to receive an abortion once a cardiac activity is detectible in an embryo, which is about six weeks, often before most women know they are pregnant. Contrary to the conservative narrative, embryonic cardiac activity is not a heartbeat, as embryos don’t have hearts; cardiac activity is the communication and connection of what will, later on, be the cardiac cells of the baby. It’s estimated by abortion rights advocates that 85 to 90 percent of Texas women seeking and needing an abortion are at least six weeks into their pregnancy.
What differentiates this law from others is that it allows private individuals to bring lawsuits against an abortion provider or anyone else who assists throughout the process. This means that there is an incentive for private individuals to sue if they suspect an illegal abortion. Anyone who successfully sues an abortion provider is awarded a minimum of a $10,000 bounty along with having their legal costs covered. If a law such as SB8 were ever to be passed in New Mexico, it would be devastating for health professionals, as there are no cap rates for suing providers in the state, which means they could be sued for an unlimited amount.
However, there are exceptions to this law. If the mother’s life is in grave danger due to the pregnancy they may be eligible for an exemption. SB8 does not clarify what instances would apply for an exemption. One of the most controversial parts of the law is the lack of an exemption for cases of rape, sexual abuse, or incest-a rapist could theoretically sue their victim for receiving an abortion.
SB8 affects Texas women of color, low-income teenagers, and undocumented immigrants disproportionately. According to the Guttmacher Institute, in 2019, 70% of abortions were given to women of color in Texas. By taking away a fundamental right to an abortion, a majority of women of color are forced to have their baby or turn to non-medical abortions even though in most cases they won’t be able to provide for that child. Another option for Texas women is to seek refuge in another state to receive an abortion. However, for women of color and poor women, this is often not an option since many of them don’t have the means to leave the state. This law does not stop women from having abortions, as most turn to unsafe abortions which can be detrimental to women’s health.
Indirectly, this legislation affects New Mexico, as Texas experiences restrictions on its abortion rights, experts predict that refugees from Texas will seek abortions in New Mexico. This anticipated surge of provided abortions is because Texas women will travel to New Mexico and surrounding states since it is only one of six states in the nation which allow abortions during any point of the pregnancy. The main issue New Mexicans face in our abortion clinics is that they running low on funds. Abortion providers need to increase their volunteers, staff, funds, and fundraising in the hope to adapt in time for the inflation of women seeking abortions especially from out of state.
Texas passing this law opens the door for other states to do the same. Now states like Ohio, Kentucky, Georgia, and Mississippi have attempted to pass laws similar to SB8, but their attempts have been challenged by courts and abortion rights groups. Although SB8 does not ban abortions altogether, it backs many women into a corner where they are left with no options but to go on with their pregnancy or have an unsafe abortion. However, there is still hope for these Texas women. The Justice Department is currently suing Texas over the fact that this bill is an obstruction of the constitution. All in all, Texas women deserve to state their views and be listened to, this law interferes with their body and their first amendment- freedom of choice. It puts women in an unnecessarily tough position, having to choose between their essential health care and legal risk.