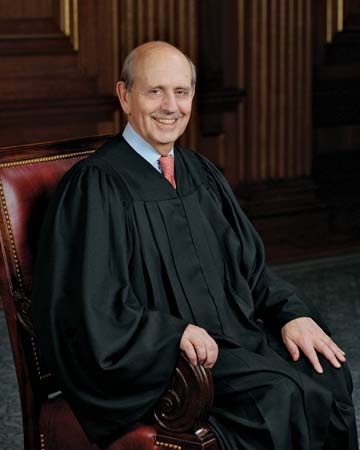 Calls are growing for U.S. Supreme Court Justice Stephen Breyer to retire in the near future, as the death of the late Justice Ruth Bader Ginsburg is still very fresh in the minds of many across the country. Many believe that Breyer will suffer the same fate that Ginsburg did, if he does not leave the bench soon. That is, the GOP might be able to block a Biden appointment.

Breyer, who is 82 years old, was sworn into the high Court in 1994, months after he was nominated by then-President Bill Clinton. Over the decades, he has shaped himself as a liberal stalwart, often dissenting against the court’s conservative majority. However, many activists on the left are saying that while they have deep gratitude for his service, they would like to see him retire while the Democratic party still controls both the White House and the U.S. Senate, which gives Democrats the ability to confirm a new liberal justice nominated by President Biden. The cherry on top for liberals is that Biden vowed to nominate the first-ever Black woman to the Supreme court if he got the opportunity during the 2020 primary campaign. Many on the left are also still reeling from the death of Justice Ruth Bader Ginsburg, who passed away after a series of long battles with cancer last fall. She was swiftly replaced by Former President Donald Trump’s nominee, conservative Judge Amy Coney Barett, in a move that no doubt angered liberals and served as a prime motivator for Democrats to go to the polls last November, largely due to the fact that the same Republicans who refused to even consider the Obama-era nomination of now-Attorney General Merrick Garland to the Supreme Court, claiming that it was too close to the 2016 election, were happy to install on the court a 6-3 conservative majority, even if it was just weeks before the 2020 election.

However, while some are urging Justice Breyer not to fall into the same trap that they believe Justice Ginsburg did, it seems as though there is a chance that Breyer may resist the calls, at least for now. Breyer has long upheld and made clear his intentions to preserve the Court as an a-political body that does not operate under the pressure or command of political parties. Some analysts say that this is a sign that Breyer may simply brush off the liberal cries for him to retire in this window of time, and wait until he is ready to, regardless of the political climate. Either way, it is highly unlikely that top Democrats in Congress and in the White House will intervene or provide any political pressure themselves, as such a move would likely anger Breyer and those who value the court’s independence. However, Freshman Representative Mondaire Jones, a progressive from New York, called for Breyer to retire last month, becoming one of the first and only members of Congress to do so publicly. “There’s no question that Justice Breyer, for whom I have great respect, should retire at the end of this term. My goodness, have we not learned our lesson?” Jones said.