Should clothing even be gendered at all? 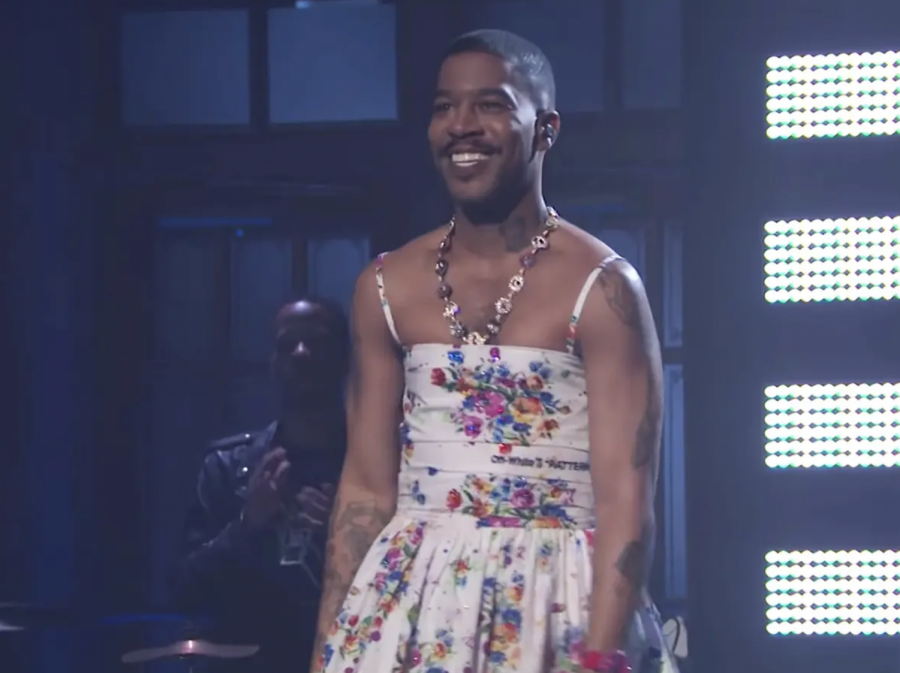 On April 10th, rapper, singer, and songwriter, Kid Cudi, a.k.a Scott Ramon Segura, made an appearance on “Saturday Night Live”. He paid tribute to Kurt Cobain, but it wasn’t the way people expected. In addition to performing his song “Sad People,” Cudi went a step further and wore an “Off-White” floral dress embellished with rhinestones in memory of the renowned Nirvana guitarist who unfortunately died from suicide in 1994. Cudi’s eye-catching ankle-length dress is strikingly similar to the one Cobain wore on the 1993 cover of “The Face.” The SNL performance fell on the same week as Cobain’s premature death.

In 1994, the time during which Cobain made his appearance in his dress, masculine and feminine articles of clothing had clear borders. His defiance of gender boundaries and established fashion rules: “Kurt Cobain was the antithesis of the macho American man. At a time when a body-conscious silhouette was the defining look, he made it cooler to look slouchy and loose, no matter if you were a boy or a girl,” Alex Frank told Vogue in 2014. Cobain’s role as an influential trendsetter in the ’90s opened up doors for all who were experimenting with the idea of gender-less clothing, even today.

One of those people is Harry Styles, who made his appearance on the cover of Vogue magazine in December. While the reaction to Kid Cudi’s non-conforming fashion has mostly been positive, both he and Harry Styles have received negative publicity on the internet, but from completely different audiences. While right-wing conservatives disapproved of Styles’ dress, the LGBTQ+ community has been sharing their concerns with Kid Cudi’s appearance on SNL. While Kid Cudi’s embrace of his femininity through fashion is great, it should be remembered that cisgender straight men do not face nearly as much hatred and physical violence, compared to what members of the LGBTQ+ community go through on a daily. @sarahgabriella84 on Instagram stated, “ For [cis gender straight men] it’s a trend, a costume… for trans people it’s life and death.”

This is especially important to keep in mind right now. According to the Human Rights Campaign, 15 transgender or gender non-conforming individuals have been shot or killed by other violent means in 2021. This is a 333% increase compared to numbers in 2020. Some individuals are frustrated that Kid Cudi didn’t use his platform to spread awareness about this concern enough. With an impressive 2.4 million followers on Instagram, instead of educating his followers on the day to day violence the LGBTQ+ members experiences every day, some members of the community believe that Kid Cudi wearing a dress was just for show and had a double meaning: “It’s a costume worn by a performer,” says Eden Loweth, the creative director of Art School, a unisex fashion label.

Kid Cudi’s SNL appearance has brought up one major question: should clothing even be gendered at all? Harry Styles’ appearance on the December issue of Vogue has led people down the same rabbit hole. The belief that humans are either male or female is profoundly rooted in Western culture, but sex and gender aren’t perfectly linear. Studies, as well as the experiences of countless non-conforming people, present the question, why should the clothing we choose to wear have to fit perfectly in the constraining boundaries of masculine or feminine?