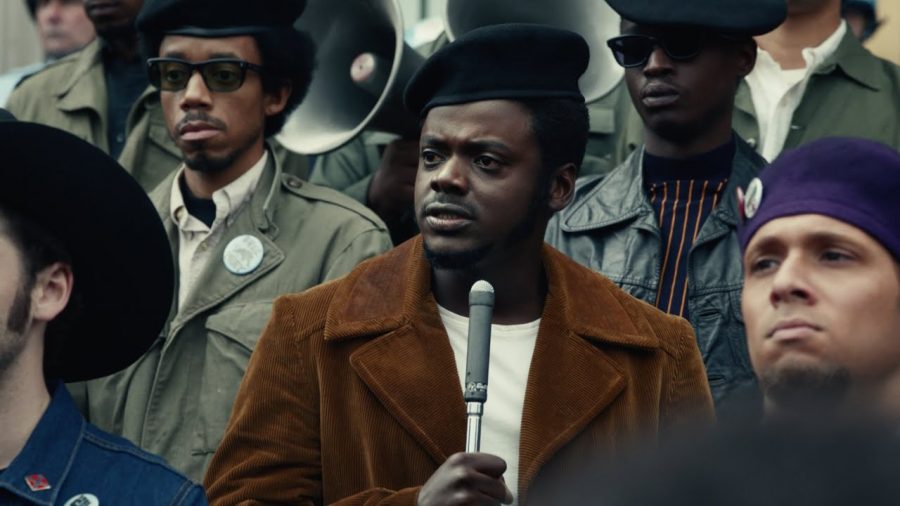 The movie Judas and the Black Messiah shines a spotlight on FBI informant William O’Neal, who infiltrates the Illinois Black Panthers in 1968 and betrays its leader, Fred Hampton, to the FBI, leading to his assassination. Directed by African-American director Shaka King, the movie explores the humanizing moments of O’Neal as he gambles his trust with the Panthers’ leader, and undermines the charismatic, interracial leadership of Hampton. The film presents an inside look at what the Black Panthers stand for and keeps the focus of the film on the interracial class consciousness and socialism espoused by Hampton. Judas and the Black Messiah successfully champions vision, presenting Hampton as the real hero. The real-life O’Neal eventually kills himself after publicly acknowledging his treachery.

The film introduces O’Neal, played by LaKeith Stanfield, as a thief who impersonates an FBI agent to steal cars. He is caught and interrogated by Roy Mitchell, an actual FBI agent who offers O’Neal a deal. In order to avoid jail time, O’Neal must work for the FBI and infiltrate the Illinois Black Panthers, who are viewed by the FBI as a terrorist threat to America. He agrees, and the film proceeds to follow O’Neal throughout this undercover task. He collects information about the party, becomes Hampton’s personal bodyguard and driver, and becomes one of the top personnel amongst the Illinois Black Panther Party. Roy Mitchell awards O’Neal with steak dinners, bottomless servings of alcohol, and large amounts of cash. Stanfield’s character then is faced with the moral ultimatum of whether he should risk his life to get rid of a five-year sentence in jail or sacrifice his relationship with his friends and family.

Fred Hampton, played by Daniel Kaluuya, is portrayed as a hero amongst the followers of the party and is “the messiah,” the savior, of the title. Hampton was a social activist who wanted to bring justice to his community in Chicago and made sure that African-Americans were treated fairly. He believed that could be achieved by striving to bring justice to all poor people. He was the leader of the Black Panther Party, formally known as the BPP for Self Defense, which focused on the ideologies of Black nationalism, socialism, and armed self-defense, particularly against police brutality. As a huge follower of civil rights activist Malcolm X, Hampton resorted to violence as a form of self-defense. His effective leadership and talent for communication marked him as a major threat to the FBI. The Black Panther leader eventually was arrested for “stealing [from] and assaulting” an ice cream truck driver, and was ordered a two to five-year sentence in prison. He was viewed as a terrorist by authorities, instead of a revolutionary socialist who fought for rights for Black Americans. Hampton was assassinated on December 4th, 1969, and his followers mourned after tragically losing the built-up hope that was sought in the Black Panther Party.

Kaluuya brings Hampton’s incredible oratory skills to life as he clearly presents excellent and well-spoken speeches about his mission to fight against racial injustice and bring back power to the Black people. Kaluuya is incredibly talented in this movie, provoking the audience to really grasp every word he says, almost “resurrecting” the real Fred Hampton, and bringing the character back to life. Hampton’s dialogue scenes highlight his thought-process, delivering raw and authentic emotions while addressing his problems with the “white society, run by capitalist pigs”.

The reality of the film is key to understanding what really happened during this very difficult time in American history (1966-1969). In the movie, Fred recruits Chicago’s disparate street gangs and disenfranchised citizens into what he calls a “Rainbow Coalition.” He espouses interracial socialism and anti-capitalism with the Young Patriots, a poor white gang, which terrifies FBI Director J. Edgar Hoover, the FBI, and the establishment. Through friendship and persuasion, Kaluuya’s character brings and unites rival gangs together, fighting for social injustice and against police brutality. “We can heal this whole city!” Fred exclaims to his supporters of the Rainbow Coalition. Hampton fulfills his role as the “messiah” figure and O’Neal is the “Judas” of the film who betrays him.

The cinematography in this film is beautiful, as the composition of each shot really reflects the ominous and somber tone of the film. Particularly in the second half, Hampton recollects his memories with his lover Deborah Johnson. The camera cuts back from his facial expressions to her facial expressions and evokes deep emotion. The music, composed of various artists such as A$AP Rocky, Polo G, and Lil Durk, accompanies the movie sufficiently. The slow-beat rap songs and dark yet powerful instrumentals suit the tone of the movie very well.

Overall, the movie conveys a strong message about the hardships of what many African-Americans had to go through during the 1960s. Shaka King makes it clear that violence was intrinsic to the KKK and the Black Panthers, but it is important to clarify that the Black Panthers fought for racial equality and equity, while the KKK advocated white supremacy. Using the underlying concept of the historical story of Judas, the movie expresses a deep narrative with a timely message. Especially after the Black Lives Matter protests and the aftermath of George Floyd’s death that occurred this past year, this film’s relevance shows that our country is still divided, even 30 years after Hampton’s assassination.

Judas and the Black Messiah is in theaters and is streaming on HBO Max.