Not Getting Enough ZZZZZZZs? Getting Too Many?

Sleep Disruption in the Time of Pandemic 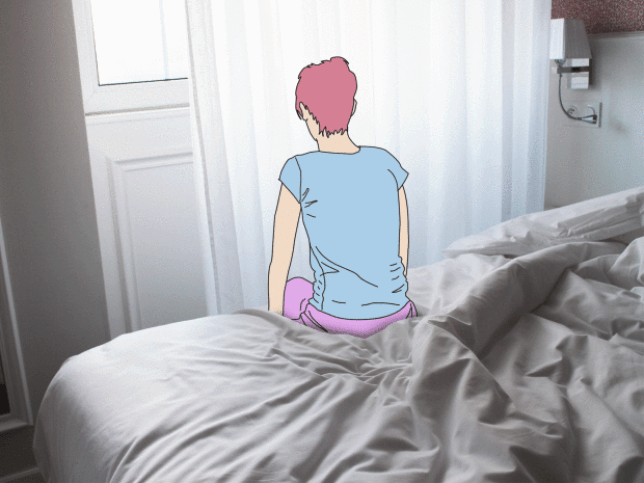 During this unprecedented time in our lives, everything is different, including how we sleep. In an interview with Lorrie Swanson, the 6-7 grade counselor here at Academy, I started off by asking her if she had gotten complaints about sleep during Covid. She responded with, “I have received complaints about sleep, I actually had a student share with me that some people may be getting more sleep.” Hannah Topf, ‘23 said she has been getting more sleep during this pandemic as well. She thinks that because she has been getting less homework lately, she has been going to bed earlier. She also confessed that she was sleeping more over the summer as well because she often didn’t have many things to do. Although this result differs from my own experiences with sleep throughout this pandemic, Ms. Swanson went on to explain why some kids are getting more sleep. She reasoned that less activity in our daily lives and the fact that school starts later are two main reasons why people sleep more. She also added that more people are feeling depressed and sleeping excessively is actually a symptom of depression.
Despite the increase in sleep seen among some students, she admitted that, “If that one kid hadn’t said they had been getting more sleep I would have thought it would be the other way. I think sleep is definitely a problem. People aren’t feeling rested from the sleep they get.”
Katie Patton, ‘23 on the other hand, said that she has been getting less sleep. Later in the conversation she clarified that she might actually be getting the same amount of sleep but it feels different. “Before quarantine I was super busy with all the stuff I did everyday and I would wake up and feel recharged for the next day. Now that I’m not as active and sit a lot, I feel more tired, but not tired enough to sleep.”
Later in my conversation with Topf, she also admitted to not feeling very rested after sleeping. Because of these responses as well as my own experiences, I asked Ms. Swanson why she thinks kids don’t feel rested after they sleep. The first reason she mentioned is students aren’t getting enough physical activity during the day. “We need to get the physical energy out so that we are physically tired. You need a balance of both being physically and mentally tired.” The second big reason was increased screen time. As students during the pandemic, everything we do, classes, watching shows, texting or facetiming friends and family, all of it is on a device. Swanson also mentioned that kids are having a hard time with overactive minds when trying to sleep. Right now especially, with everything going on in the world it is important to learn how to quiet your thoughts when trying to go to bed.
When we eventually do fall asleep, many people dream. But most dreams don’t make any sense, many of them piece together different elements of your life into one complicated movie in your head. At the start of this pandemic there were upticks of vivid dreaming and dreams about the pandemic in people across the world. The main drive for this is stress, even if it isn’t obvious. Hannah told me that she didn’t recall any dreams related to the pandemic while Katie admitted that she has had a few. “It’s really creepy… I’m usually at the grocery store and I walk around without a mask on. Then at some point I remember and end up trying to cover my face with my shirt.” Dreams like these aren’t uncommon and are most likely caused by the stress and anxiety that comes with remembering to wear your mask and stay away from others in public.
Now I’ve talked about “not getting enough sleep” or “getting more sleep” so you may be wondering, “how much sleep should I be getting?” Ms. Swanson’s answer to this question is shocking. She said, similarly to toddlers, teenagers should be getting 12-14 hours of sleep. “If we designed school and life around students’ biological needs we would probably have you take a nap around 2pm.” A nap at 2pm every day! Count me in. Tweens and teenagers need this much sleep because our brains and bodies are changing and developing quickly.
Unfortunately, naps will not be implemented into schooling practices anytime soon, but Swanson left me some helpful tips on how to get a good night’s sleep. Her first tip was to wind down before going to bed, which can mean anything from reading a book or taking a bath to journaling or even listening to some calming music. Her next tip was having good “sleep hygiene,” so try not to do homework in bed, but instead keep your bed as a special place for sleeping only. A few other suggestions were having a set bedtime and wake up time, exercise during the day so you are physically tired, and finally limit your screen time as much as you can.
By following these tips and being mindful of your sleeping habits you can improve your sleep and lead a healthier more rested life. At the end of the interview I asked Ms. Swanson how she thinks the world’s sleep will look after the pandemic. She started by emphasizing the importance of pausing and taking a break in life every now and then. She hopes that the pandemic has taught us as a society to learn how to sit still, saying “I think if we learned how to do that, sleep would be better for everyone.”