The Attention Span of a Goldfish

How does screen time affect your 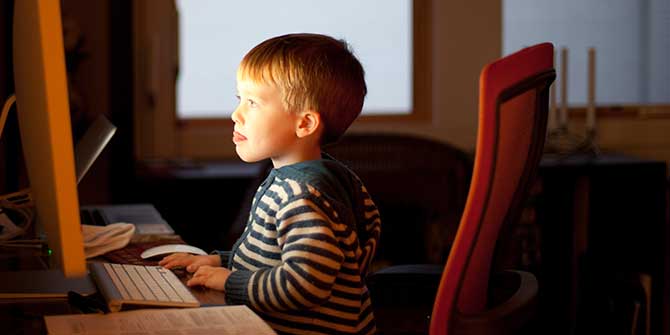 Humans currently have a shorter attention span than a goldfish. This is due to the amount of screen time we have every day, affecting our thinking, focus, and retention. We have developed an obsession with technology, and cannot go seconds without reaching for our phones. We are becoming addicted to connectedness, and our brains’ are evolving and adapting to technology.

Due to excessive screen time, our attention spans have shrunk. Over the last 13 years, our attention span has declined from 12 to 8 seconds. For comparison, goldfish have a nine-second attention span. Microsoft corporation ran a study in Canada on 2,000 candidates, monitoring their brains for the day, and observing things such as multitasking and focus. The study’s purpose was to analyze the impact of our phones on our brains with the increased availability of digital media and information. According to the researchers, people who live a more digital lifestyle, people who grew up with technology all day due to work or school, have a harder time focusing in non-digital environments when faced with multitasking and staying focused for longer durations of time. Social media users tend to have smaller bursts of attention but can’t stay attentive for long durations of time. This fact has encouraged the common habit of looking at the phone while watching TV.

A study done by Michael Rich, a pediatrician and the director of the Center of Media and Child Health at Boston’s Children’s Hospital was designed to help parents and children understand appropriate online behavior. Today there are hospital units for kids who get addicted to technologies such as video games and social media. These kids only know how to interact online and have lost the ability to coexist between online and non-digital life, and even though video games are fun, “Fire was a great discovery to cook our food, but we had to learn it could hurt and kill as well,” he says. “Most games today have the ‘reward system’ where they keep players tied down by promising rewards after each round. This gives the player hope tied with frustration which keeps their brain focused on the game due to the need to improve. We need a mixture of online and offline experiences to help our mind wander, “Boredom is the space in which creativity and imagination happen,” states Rich. The best ideas come when you are focused with no distractions. For example, you can get ideas in the shower, walking, or driving. Since technology is always evolving we as people have to learn to be flexible so we can evolve as well.

According to a Time Article from late January 2019, children who take in more than 2-3 hours of screen time daily during their early developmental stages make poor progress in crucial developmental areas such as communication skills, problem-solving, and memory retention. While some parents use movies or television to help calm kids with behavioral issues, others use it as a way to keep their kids quiet. The American Academy of Pediatrics recommends spending no more than 1 hour a day watching educational programming for ages 2 and under. This is because the brain is developing new connections and growing, but watching a screen all day can delay this essential growth. Instead of a child watching TV, they could instead be walking, talking, reading, playing outdoors, and interacting with their family. Screen time isn’t fully detrimental, for example, if a parent/caregiver is watching TV with their child there is still active stimulation occurring. Families need to learn how to develop firm habits for media time and know when it is time to disconnect or face lasting effects on their child’s life.