Art vs. the World 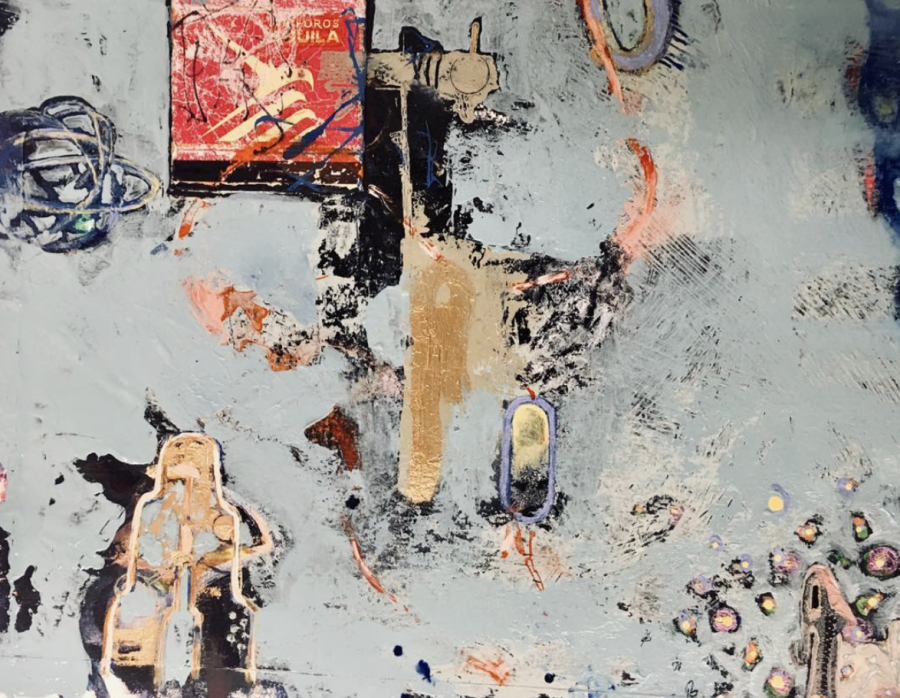 Albuquerque Academy art teacher, Orlando Leyba, wants to change the world with his art. His specific experiences in his younger years shaped his growth as an artist and influenced his life’s moments, the first influential moment in his life beginning as a young boy and working tediously on his grandfather’s ranch in Northern New Mexico. “A real distinct memory I have is working with my grandfather. Plowing fields, harvesting vegetables in his garden, irrigating. He really impressed upon me the significance of water in northern New Mexico and the significance of land. I went to UNM for undergrad and I decided that I needed to leave New Mexico because I just wanted to see what else was out there.” Seeking inspiration to fuel his growth, Leyba moved to Baltimore to study art at the Maryland Institute College of Art.

“Upon my graduation, actually the day I graduated, I was offered a job in Boston. I moved up to Boston with my wife and I thought I’ll go up there for a couple of years just to check it out. It was very different from anywhere I’ve ever lived. Those two years turned into 11. We had two boys born up there, but ultimately, I had never given up the idea of moving back to New Mexico. The food, my family, the landscape, the weather, that was all ingrained in me. No matter how far or long I went, I knew that I would always come back. And luckily, I applied for this job while I was living in Boston and that was the catalyst for coming back. My biggest dream was to be an artist, and I feel like I have fulfilled that. I think my next challenge is to use my art to further help further give back to the community and the world at large.”

“If I was able to change the world? Well I’m really bothered by all of the ruthless and callous and cruel things going on in the world, and I guess I have the belief that somehow my positive actions can help change that. I try to do that through my art. I want to bring beauty into the world, but I also realize that those are small increments and I can’t change everything, but I would just like to see good triumph over evil as cliché as that sounds.”