Don’t shelter the children: students must be exposed to a diversity of opinions 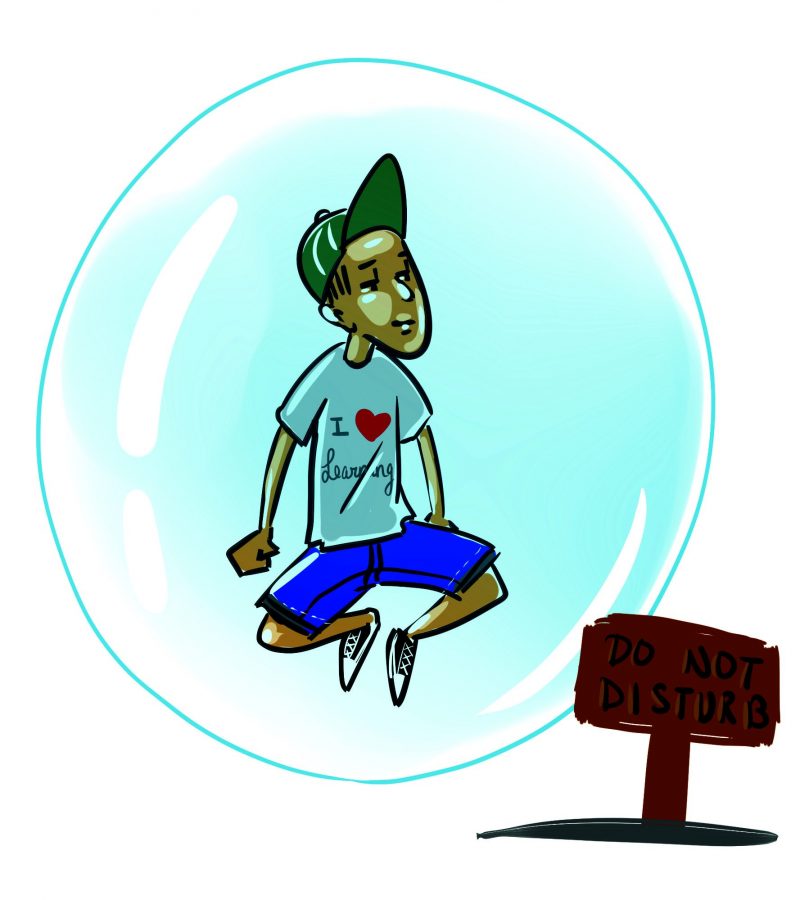 The imperative for safe spaces has run its course. Yes, it is crucial that all individuals have a learning environment in which they feel safe. And yes, free speech is by no means a free pass for incivility and unkindness. Still, in vying for the ideal academic sanctuary, many colleges and other institutions have effectively created a setting in which students are not challenged to look beyond their own perspectives. Where is the growth if you never feel the pain? Where is the education if you never meet a challenge?

Of course, growth and education can happen without pain or challenge. But these very institutions have gotten into the increasingly problematic habit of protesting against opposing views no matter the circumstance. For example, because colleges trend more liberal socially, it makes conservative ideologies the de facto rival. Students rally—and riot—in the presence of controversial conservative figures. We see this with Milo Yiannopoulos at Berkeley, or Charles Murray at Middlebury. These individuals have no doubt earned their controversial reputations; nevertheless, the mere existence of controversy should not elicit the violently visceral responses we see today. Objectively speaking, a significant number of people would not hesitate to label Yiannopoulos as outright horrendous and deplorable, but that should not matter. His ideas may offend, but that opens a door to growth, not hiding.

There is an inherent irony in this unilateral mindset—adolescent liberals tend to be the biggest proponents of open-border policies and fair representation. At the same time, they build intellectual walls, cloistered in their own beliefs, and fail to find a place for opposing ideas to be represented. Conservatives are not much better on that front, ridiculing liberals for being “sensitive snowflakes,” while finding offense in the design of a Starbucks cup. In other words, this is not so much a political issue, as it is a social condition.
By nature, even Albuquerque Academy is prone to this condition. It’s a college preparatory school, so ideally, alongside every academic milestone would be the fostering of critical thinking. For example, imagine the Academy English curriculum without texts like “To Kill a Mockingbird,” “The Kite Runner,” or “Beloved.” Would you be the same scholar you are today? To surgically excise every aspect of the real world that makes us uncomfortable would be to perform a heinously unjust operation. Face the realities. You can’t change the fact that they exist. We are the next generation of leaders and educators, and already we have seen the destructive nature of bull-headedness, failure to compromise, and obnoxious unprofessionalism in the American political sphere. Yet if we continue down the path we are on, we risk being no better; in fact, we will likely be worse.

We must find a way to use our dissatisfaction to fuel change, to be proactive in precipitating circumstances that better the world. If racism, sexism, and homophobia are the ailments of our society, we must treat the cause, and not the symptom. Protesting is powerful when it comes to effecting change, but shouting at a problem doesn’t make it go away, and neither does shutting the door in its face. Don’t flourish because the hurtful things in the world were censored from the narrative. Flourish in spite of them.